Once again I've been neglecting my blog. But regardless of the lack of posts, I have been painting like crazy! In addition to some new studio paintings (which I will share in a future post) I have been doing a lot of plein air painting.

First up is the Plein Air Competition hosted by the City of Glendale, Arizona. The event was held Feb 8th as part of their Chocolate Affaire Festival.

Check-in was at 8am and I got three of my blank linen panels stamped on the back (I make my own panels with Claussen's oil primed linen. I have a tutorial planned for those too).

Downtown Glendale has a lot of century-old bungalows, many of which have been converted into small shops. My first painting of the day was of a blue house (I think the shop was called the Blue House Botique?). 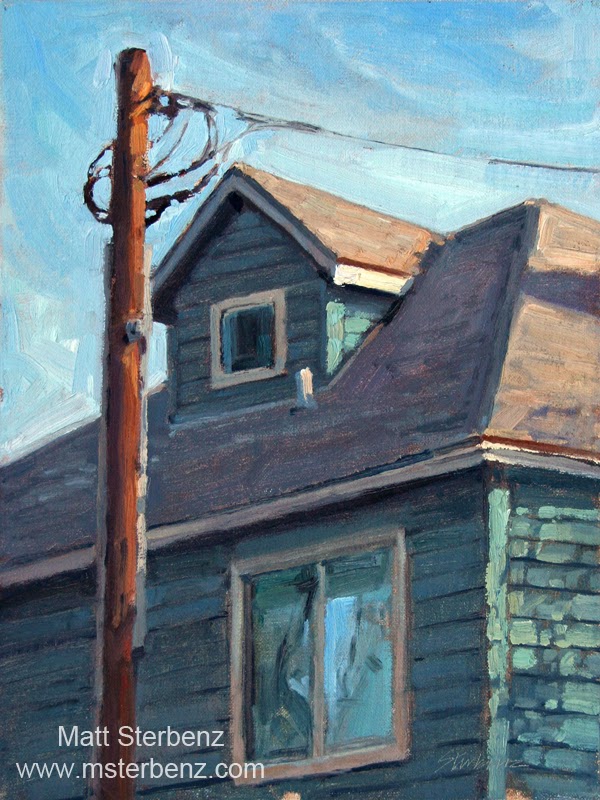 When I set up to paint this, I noticed that my jar of thinner had leaked all through my backpack. There was just a little bit of "sludge" left at the bottom of the can. So, I had to paint this one without cleaning my brushes. I had to make sure to save a couple clean brushes to use for white later. Good thing I brought plenty of brushes!

After knocking out this painting I drove back home to Tempe. I refilled my thinner container, and I decided to stop by the art store to pick up a new display easel and a couple frames. I hurried back to Glendale...

I picked up a root beer float at Papa Ed's Ice Cream, and as I ate it in their garden I noticed an old wooden door leaning up against a tree. There were some nice cast shadows on it from a tree, and I asked for permission to paint there. 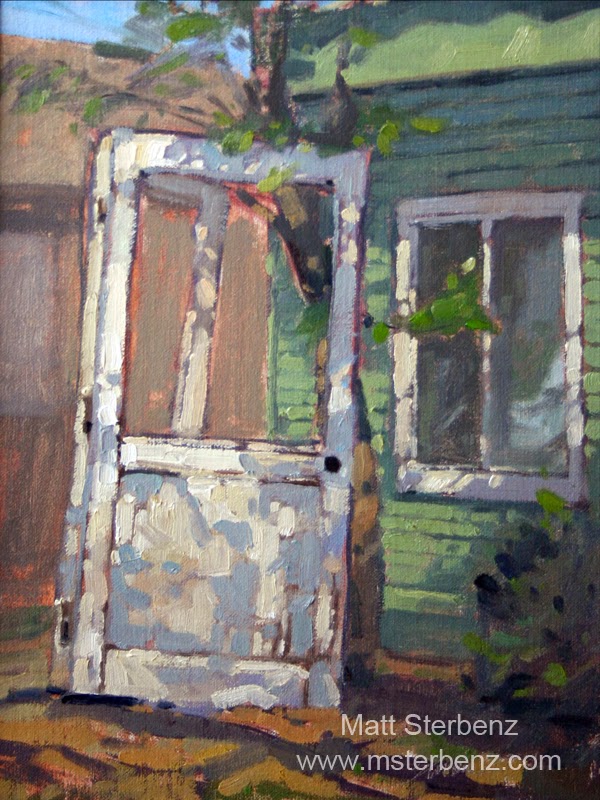 The great thing about painting outdoors, especially in public places, is that people are curious and like to watch. Especially kids. I would ask all of them if they were artists, and most kids reply with a definite "yes!". I had a great time. Hopefully some of the onlookers were inspired to create something.

I framed both paintings and took them back for the judging. I was really happy to win second place with my door painting. It also consisted of a $500 purchase award! Not too shabby!

All in all it was a great Saturday, despite the trouble with my container of paint thinner. Hard work pays off!

Coming up in part two: Plein Air in Casa Grande (And a "Best in Show" award)