This post is about a Plein Air event in Casa Grande, Arizona, which I participated in back in February.

After getting three 9x12 panels stamped, I made my way down to Florence st, where a lot of small family-owned shops are located.

As I was setting up to paint, the local shop owners started to arrive to open up their stores for Saturday business. One shop owner came out to sweep her front walkway, other owners shouted greetings from across the street, waved, or said good morning. Each owner put out an American flag on the edge of the walkway. It was almost surreal, in a way. I thought this kind of America was long gone, eaten up by the large corporations.

Here's the first painting I did that day, clad in a really cheap frame ($6 from Jerry's, if I remember right). The roof was totally in shadow when I started painting, but I had hoped that as the sun would rise it would highlight the edges. It really gave the architecture some extra definition. 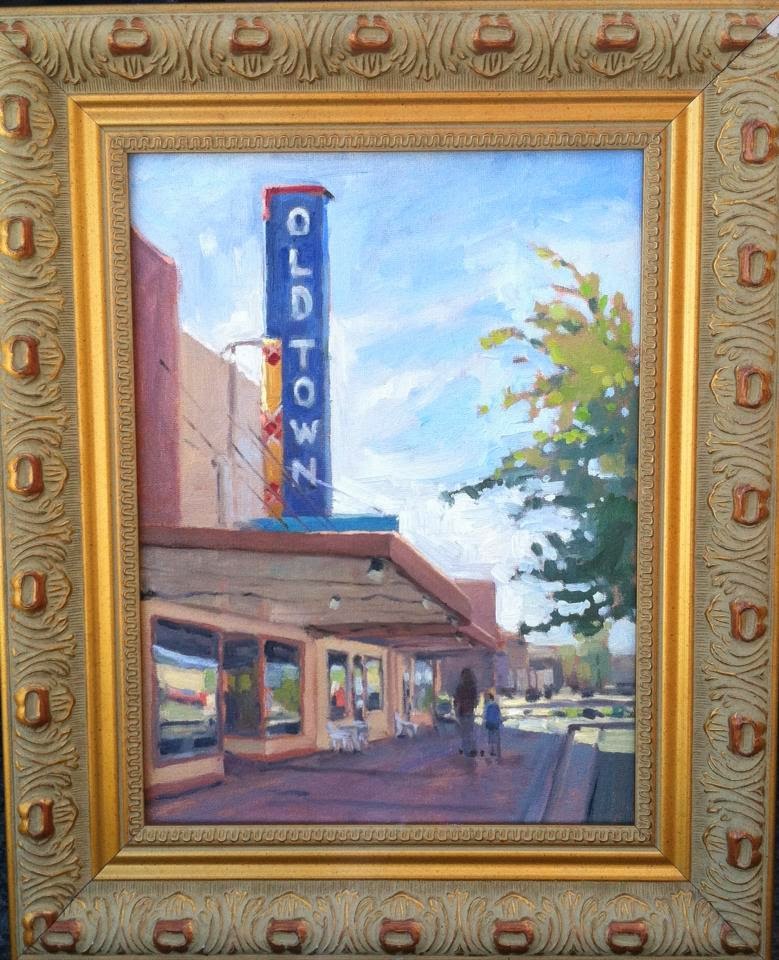 After finishing and framing the first painting. I went down the walkway a little bit. I actually painted at the far end of that strip of shops, right about at where the smaller figure's collar is.

The street has a lot of neat looking bronze lampposts, and I wanted to paint one. I also found a potted plant on the curb, which had some great cast shadows (and some reflected light on the shadowed side of the pot). This was my favorite painting of the day. It's pictured here, still in my Guerrilla Painter box. After a beer over at Native New Yorker, the judging was over. I was really happy to win Best of Show and the $1000 purchase award for my street scene. Prize aside, I had a great time painting in some of the best weather Arizona has to offer. I enjoyed chatting with the local shop owners and passers-by. All in all it was a great day.
Posted by Matt Sterbenz at 10:07 AM