Well, the convention is over! All that's left is for Friday's "paint-out" at the Fisherman's Wharf in Monterey.

I attended some really outstanding demonstrations (in particular the demos by watercolor artists Stewart White and Andy Evansen.

I attended the Marketing Boot Camp on Tuesday-Thursday mornings and I have to say it was really informative. I took some detailed notes and I'm already itching to put some of these ideas into practice.

Anyway, here are my two paintings from yesterday and today: 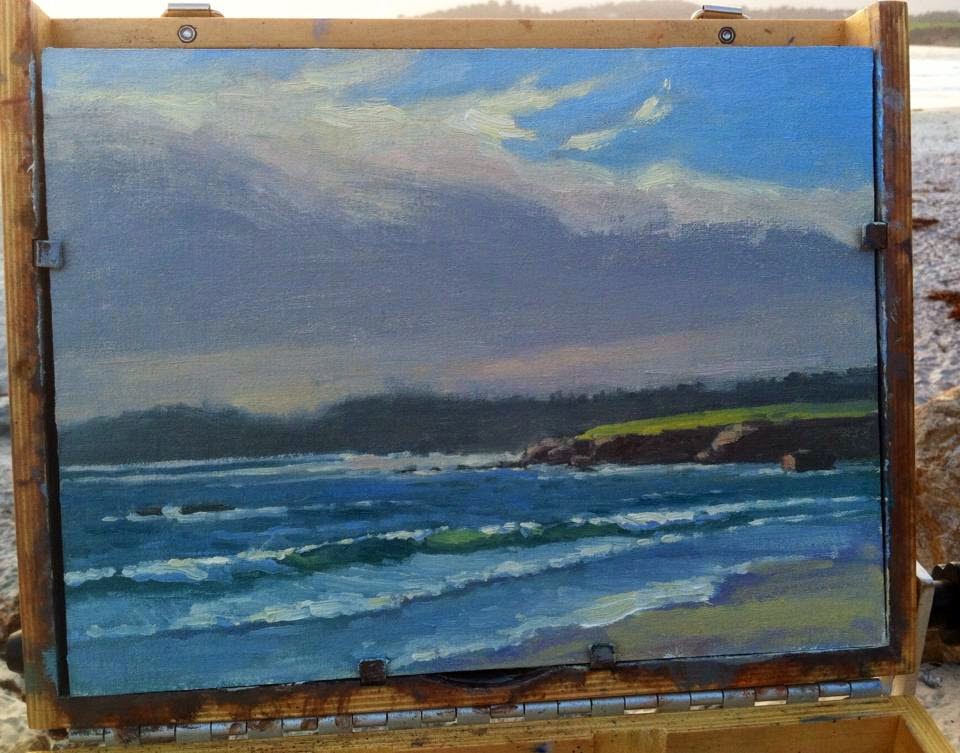 This one is from the group paint-out in Carmel on Wednesday. A big cloud of fog was rolling in and was blocking out the sun, but it broke through in some places and was really illuminating. I'm going to have to paint this one bigger. 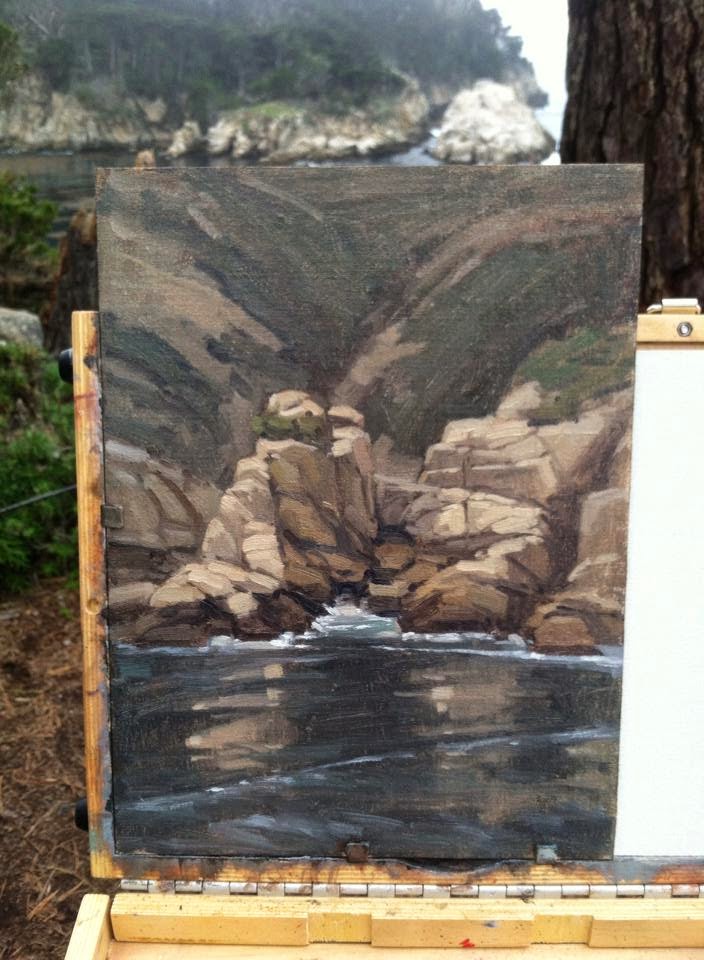 This one is from the group paint-out today in Point Lobos. Man, it was crowded. It was so much quieter when I came here before the convention started on Monday. It was also really grey outside today. What a better way to practice mixing grey colors than on a grey day? This is from the same spot I painted at on Monday, looking slightly to the left of the previous grouping of rocks. 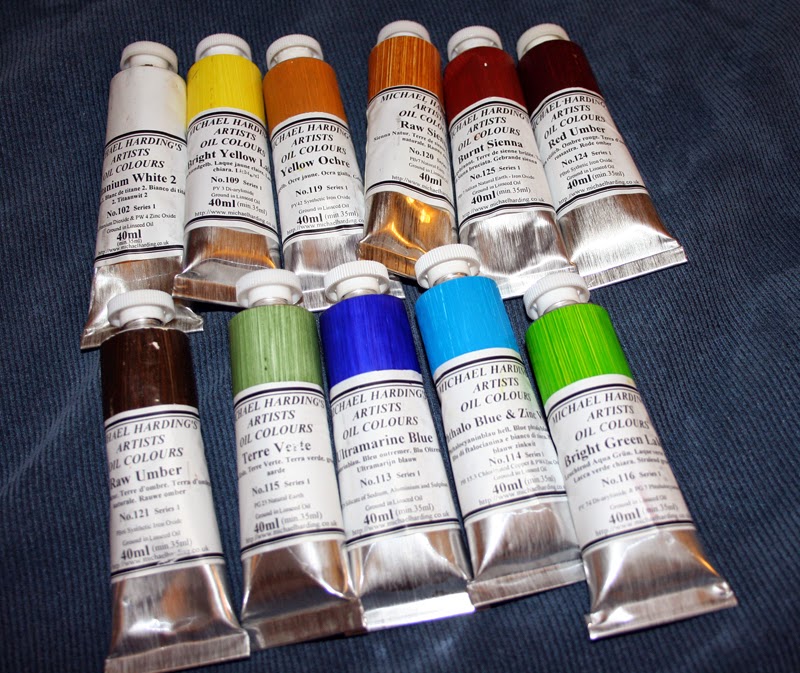 One of the vendors present at the convention was Michael Harding's Oil Colours. I had heard great things about his paints, but I avoided buying them online since I never had the opportunity to see them in person first. I picked up a selection of series 1 paints to try out (they gave me a couple freebies too), and I have to say I'm really blown away. These are outstanding. The paint has a nice, buttery feel to it, but still has tons of body (They even had a huge mound of yellow and green paint on a palette at their booth, with a palette knife sticking out of each. The paint is so thick you can sculpt it. I should have taken a photo).

Of the paints that I purchased, the colors I have tried so far are Titanium White, Yellow Ochre, Burnt Sienna, Raw Umber, and Ultramarine. All four of those have left me really impressed. I"ll be putting the remaining colors on my palette tomorrow.

Well, that's it for now. I'll be waking up early to paint at the Fisherman's Wharf tomorrow. I want to try and get 4 paintings tomorrow, since I'll have a full day. That will bring my total painting haul to 10. That would be a great way to cap off my trip!